Micro Precision Products Limited was formed after World War II to produce photographic products. It was substantially owned by Mr. P. de Laszlo and later by Mr. A. J. Dell, who was also Works Manager.

The Company developed at Kingston-on-Thames, near London, U.K., making tripods, enlargers, projectors, 5 x 4 MicroTechnical and MicroPress, monorail and 6 x 6 TLR cameras as well as specialist photographic equipment for the British armed forces and the police and Prison Service.

It achieved really high precision, professional products, which have proved genuinely long lived. Many of them are still in every day use by professionals and amateurs.

Sadly, production seems to have ended with the death of Mr. Dell in 1988. 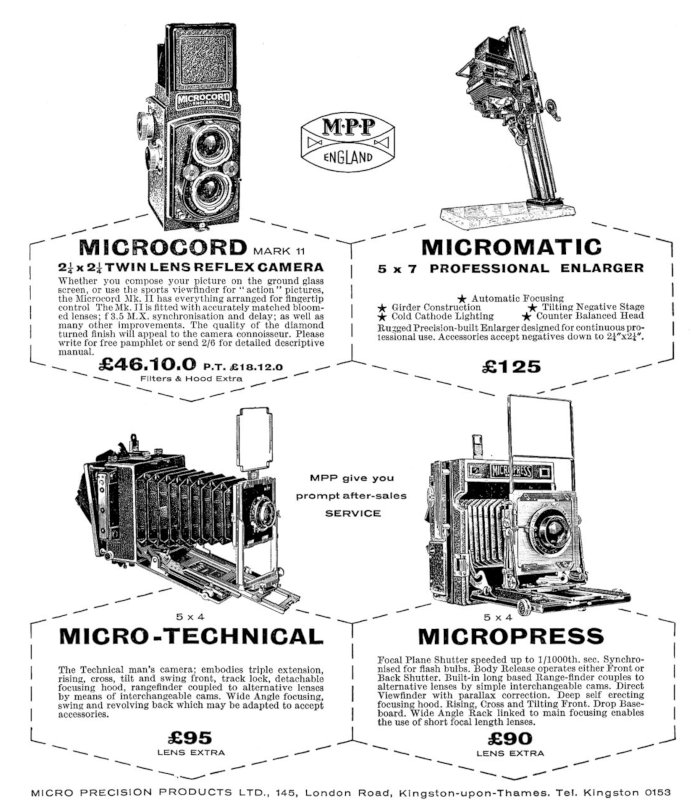